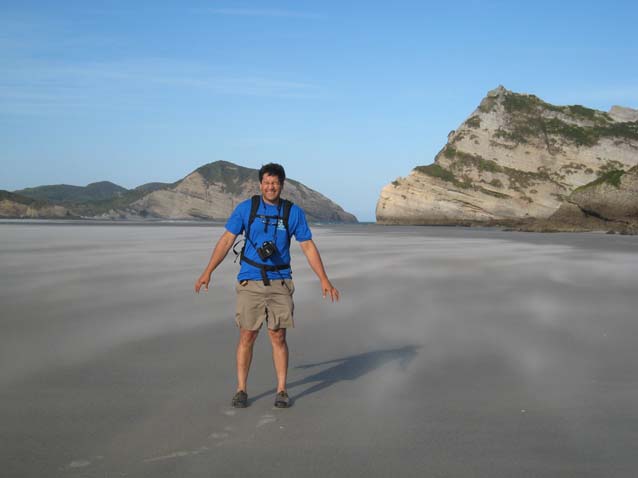 Growing up at the beach and walking so much as a kid I can vividly remember winds that could almost blow me down or, make me turn around and walk with the wind. Walking with the wind would have been so much easier and far faster! If you have wind coming from the northwest it sure is easier to go with it than to try to walk against it–especially if you are on the beach and the sands are screaming into your eyes.

Lately it seems that many people who know their distinct directions have been wearing down because of difficult forces coming at them. They have been tempted to give it up and go with the winds, life has been tough and rough!

I know the feeling. I have had so much sand in my eyes lately that it has been difficult to keep going.  My eyes have been almost shut attempting to keep the air borne sands from my eyes. And the pleasures of a beach walk, all but gone.

If life were just a recreational walk there would most likely be no harm in turning around and going back to watch the winds from a safe haven. But life isn’t just recreational; it is purposeful.

We all have places to go, people to see, things to do… and we must intentionally push through and help others to do the same. This is easier said than done. It is also easier to read about those that do great things like ascend mountains such as Everest than to ever hike a small mountain ourselves. But easy is like television. We aren’t really part of it–just spectators on a couch or a comfortable chair. We want more than that and, we have things to do!

Life takes push. We have to keep on going even when the winds and sands kick up and threaten to kick our rears into another direction–stay your direction!